Brief analysis of the production process and classification of LED backlights

The LED backlight is basically identical in structure to the CCFL backlight. The main difference is that the LED is a point source and the CCFL is a line source. From the long-term trend, LED backlight technology as a replacement technology product will certainly gradually become popular.

Let's take a preliminary look at the production process of LED backlights:

A. Cleaning: Ultrasonic cleaning of PCB or LED lead frame and drying.

B. Mounting: After the silver electrode is placed on the bottom electrode of the LED chip (large wafer), the expansion is performed, and the expanded chip (large wafer) is placed on the thorn crystal table, and the dies are made one by one under the microscope with a stylus. Mounted on the corresponding pads of the PCB or LED holder, followed by sintering to cure the silver paste.

D. Package: The LED die and the bonding wire are protected by epoxy by dispensing. Dispensing on the PCB, there are strict requirements on the shape of the gel after curing, which is directly related to the brightness of the backlight product. This process will also take on the task of spotting phosphor (white LED).

E. Soldering: If the backlight is an SMD-LED or other packaged LED, the LED needs to be soldered to the PCB before the assembly process.

G. Assembly: According to the drawings, the various materials of the backlight are manually installed in the correct position.

H. Test: Check whether the photoelectric parameters of the backlight and the uniformity of light output are good.

I. Packaging: The finished product is packaged and put into storage as required.

The difference between RGB-LED and white LED: RGB LED color gamut performance is slightly better, the disadvantage is higher cost, the price of TV finished products is still difficult for ordinary consumers to accept; and white LED light source, although in color gamut is slightly lower than RGB LEDs, but their relatively high contrast ratio and the cost of technology are unmatched by RGB-LEDs.

The difference between the direct type and the side-in type: the LED side light source emits light from both sides of the fuselage, and the light is projected onto the panel through the built-in high transmittance light guide plate. Limiting the thickness of the LCD is the thickness of the fluorescent lamp, and the side light source is located at the projection positions on both sides so that it does not occupy the space of the TV thickness.

Compared to the side light source, the direct-lit backlight LED can dynamically control the backlight so that when representing images of some dark scenes, it is only necessary to adjust the necessary backlight area (black or darker portions on the screen). Partial lighting, which shows a high-quality image with light and dark contrasts.

With a modern factory size over 60,000 m2, and qualified industrial engineers, Zhongda is able to manufacture complex and large steel industrial components, such as sintering machine, tunnel boring machine, etc. The factory has single component lifting ability of 100 tone, and combined with the functions of assembling, welding, testing, painting etc.  All pressure components are 100% X-ray texted quality control is carried out through all procedures. 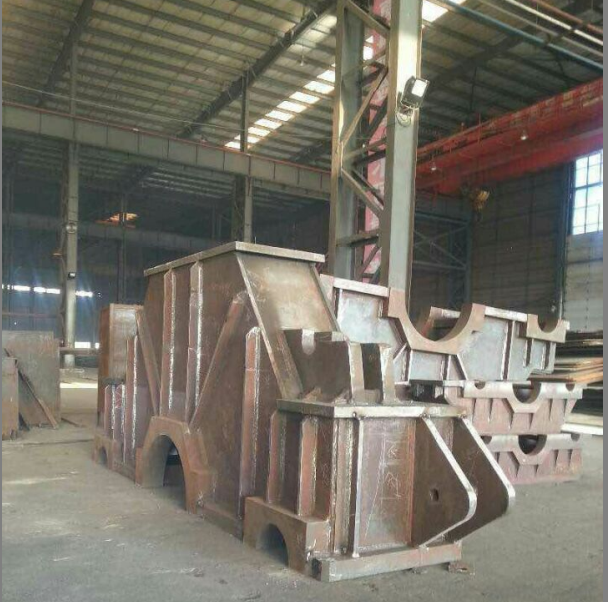