Flexible calendering process for improving the quality of film sheets 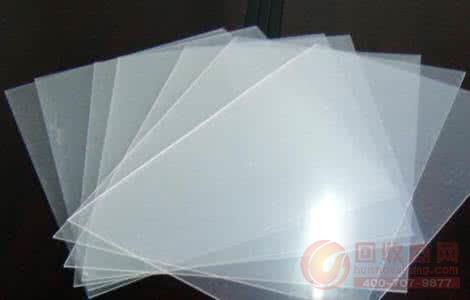 For the molding of thermoplastics, the forming accuracy and the cooling setting process have a decisive influence on the quality of the final product, especially for the quality of the extruded film and sheet. Generally, the molding accuracy mainly affects the apparent quality of the film and the sheet, such as the flatness of the winding, the cleanliness of the end face, and the adaptability in use. The cooling and setting time, the cooling uniformity, and the cooling position determine the crystallization and molecular arrangement of the material to a large extent, the optical properties and mechanical properties of the film and sheet, and the subsequent thermoforming operation. Has a direct impact. Therefore, it is necessary to improve the molding precision and the cooling setting effect from the viewpoint of the process.

For the three-roll calendering process, the basic structure and molding principle are basically the same whether it is a flat three-roller, a three-roller three-roller or a vertical three-roller. It is characterized in that the hot melt homogeneous melt which is plasticized and extruded is extruded through the slit of the die, calibrated and leveled between Roll1 and Roll2, and then cooled and formed in the Roll3 and the sixth zone. Since the roller surface of Roll1 and Roll2 is rigid, during the process of aligning and leveling the diaphragm, the circumferential dimension error of the roller surface is transferred onto the diaphragm and causes errors in the thickness direction, and this Errors are always present and do not change with changes in process conditions, levels of manipulation, material quality, etc. With the accumulation of finished product roll tolerances, the ultimate quality of the film is greatly reduced. In addition, the cooling of the diaphragm by the three-roll calendering process is carried out between the slits of the two rolls, and the cooling transfer of the rolls to the surface of the film allows the film to obtain good surface optical properties. However, in terms of the cooling conditions, since the diaphragm is double-sided at the same time in a small area of â€‹â€‹the second region, it is rapidly cooled, and after entering the third region, it becomes single-sided cooling, and the other side of the cooling medium becomes The air causes uneven cooling, and the quality of the diaphragm is not perfect. The finished product may suffer from over-stretching, high heat shrinkage, poor flatness, and bending.

Flexible calendering process. In this process, the molding tolerance of the diaphragm does not depend on the two rigid roller surfaces for calibration and leveling, but like the casting process, the tolerance of the diaphragm is adjusted according to the gap of the lip, and the diaphragm is the ultimate. The appearance quality can reach the level that can be achieved by the casting process. The process is characterized in that the plasticized extruded hot-melt homogeneous melt is affected by the combination of the drum and the flexible steel strip, so that both surfaces of the ultimate membrane can obtain good surface optical properties. The advantage of flexible calendering is that in the calendering gap of the cooling zone of the second zone, both sides of the material can be sufficiently cooled, so that the diaphragm can obtain good optical properties and mechanical properties without excessive stretching and high heat. Problems such as shrinkage, poor flatness, and bending.

Now, compare the various properties of the film and sheet formed by the above three processes.

The haze value reflects the degree of obscuration of the diaphragm, which is determined by a spectrometer. In addition to being affected by the material itself, haze is also affected by the cooling temperature. Generally, as the cooling temperature increases, the crystallinity of the material also progresses rapidly, thereby improving the haze of the finished product. In the above three processes, the three-roll calendering and casting process adopts a single-sided cooling method, and the cooling speed of the above two processes is slower than the double-sided cooling of the flexible calendering, thereby making the finished product haze Also progress accordingly.