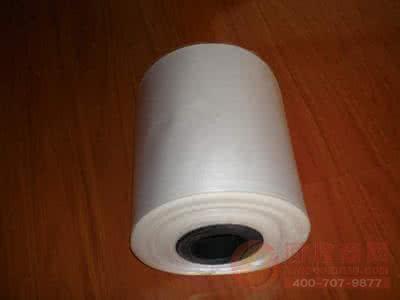 People are interested in the biological and environmental properties of water-soluble films, which is also an application approval problem for water-soluble films. There are many perceptions of the biological and environmental properties of protein and starch-based film formers, which are not covered here. Briefly introduce the biological characteristics and environmental characteristics of PVa and some adjuvants. Polyvinyl alcohol is an industrial and commercial product whose value lies in its solubility and biodegradability. Due to its low toxicity, polyvinyl alcohol is allowed to be used as an indirect food additive in food packaging related products; polyvinyl alcohol is also used in many medical fields, for example, to form a skin wound protective film with silk fibroin. PVa has a positive effect on soil physical properties at higher concentrations (1% to 12%). In recent years, it has been found that PVa at a concentration of one ten thousandth also has a significant ability to form soil water-stable aggregates. One-thousandth of the PVa has a very significant formation of soil water-stable aggregate structure, making soil The loss of water dispersion is reduced, which can inhibit soil acidification, reduce soil potassium loss, and improve the chemical and physical properties of the soil. Because PVa improves the physical and chemical properties of the soil, it has the advantages of regulating soil acidity, improving soil water retention, fertilizer retention capacity, and increasing fertilizer utilization.

In order to further study and apply PVa, it is necessary to accurately evaluate the carcinogenicity of PVa and its compounds. At the same time, it is necessary to strengthen the research on the mechanism of PVa on soil modification and its influence on crop metabolism. Toxic biological data of toxic film formers of PVa-based water-soluble packaging film components. Experimental data on PVa (mol.wt < 50,000) absorption, distribution and excretion showed that PVa greater than 98% of oral dose was within 48 hours. It was excreted in the form of feces, and less than 0.2% of the total amount of PVa was found in the urine; no final product CO2 or other volatiles produced by PVa was found, and no PVa was found to accumulate in the body tissues. These data indicate that very little PVa is absorbed by the gastrointestinal tract. It was found that mice had 0.05% of the total dose present in the main tissues (liver blood, kidney, skin, muscle, adipose tissue). Transplanting PVa into living organisms may result in resorption. Intravenous or oral PVa will be expelled quickly.

(2) Subacute toxicity studies the subacute toxicity of PVa. The feed was formulated at 4.5 wt%, and the mice were fed for 2 weeks at a feed ratio of 2220 mg PVa/kg body weight; then fed again at a concentration of 2 times for 2 weeks. After four weeks of death, 50% died, and the remaining mice were fed a further 20,000 mg PVa/kg body weight for 2 weeks. These animals gained weight during the study, and no major changes were found in the autopsy, but only at the highest doses were subtle findingsâ€”hepatic edema and penetration of the submucosal erythroblasts. In 1968, it was reported that 10 mice were found to have no death and adverse effects after 20 consecutive days of feeding at a dose of 500 mg PVa/kg for 20 consecutive days.

(4) Carcinogenicity There have been no reports on the chronic toxicity or carcinogenicity of oral PVa. In some studies, after subcutaneous transplantation of PVa foam in mice, some mice developed malignant tumors, but not all reports showed that tumors appeared at the transplant site.

(5) Genotoxicity A large number of studies have shown that PVa is not a substance that induces mutations in organisms.

The protein membrane is mainly modified by animal protein and plant protein, and the degradation of the modified protein mainly leads to a derivative of an amino acid or a derivative of a low peptide substance. The environmental performance of these substances mainly depends on the environmental performance of the modified products, and the price reduction products basically meet the "green" requirements. The degradation products of starch are different sugar substances, and the environmental protection characteristics of starch-modified degradation products are also the same as those after protein modification, depending on the environmental characteristics of the modified materials. Microbial decomposition studies have also shown that polyvinyl alcohol is almost completely decomposed, resulting in a very low chemical oxygen demand (COD). As far as the degradation mechanism is concerned, polyvinyl alcohol has two degradation characteristics of water and organism. Firstly, it is dissolved in water to form a gel solution which penetrates into the soil, which increases the stickiness, gas permeability and water retention of the soil, and is particularly suitable for sand reforming. The PVa in the soil can be decomposed by the strain of the genus Pseudomonas which is isolated in the soil. A symbiotic system composed of at least two bacteria can degrade polyvinyl alcohol: one is an active bacteria of polyvinyl alcohol, and the other is a bacteria producing a substance required for a PVa active bacteria. The oxidation reaction enzyme of the secondary alcohol catalyzes the polyvinyl alcohol, and then the hydrolase cuts off the oxidized PVa backbone, further degrading, and finally can be reduced to CO2 and H2O.

Future research and development topics Water-soluble film as a green packaging material, has just begun to be applied in China, and has only 15 years of development history abroad. Therefore, there are many topics to be researched and developed, specifically the following aspects:

1. Quality control method for water-soluble film production Because of the unique production process of water-soluble film, various defects such as bubbles, uneven thickness, thick edges, "fish eyes", perforations, wrinkles, " The volcanic crater, etc., is very complicated. The main disadvantage of the common water-soluble film with polyvinyl alcohol and starch as the main raw material is the influence of the humidity environment. The occurrence of these defects directly affects the application of water-soluble thin films, and therefore, intensive research is necessary.

Research and development of protein-based films, the use of animal protein, plant protein, the use of controlled hydrolysis of peptides, is an important way to work in the future, especially the use of plant proteins. The residue of edible oil production in China (such as bean cake and peanut cake) contains a large amount of vegetable protein, which is rich in raw materials and low in price. It has been used as raw material for green fiber, such as the development of water-soluble film as the main raw material in cost and society. The benefits are very ideal. In terms of variety development, although the application of water-soluble thin films has been extensive, with the development of production and the advancement of society, the demand for human beings continues to grow, and the application of water-soluble thin films needs to be developed in many fields, and various new water-soluble films need to be developed. For example, heat-resistant (300 Â° C) water-soluble film, cling film, strict food packaging, anti-corrosion film and the like. The prospect of water-soluble film flexible packaging has become the fastest growing product in the packaging industry due to its excellent comprehensive performance and environmental benefits. It has continuously replaced other packaging and its use is expanding. It is expected to maintain good growth momentum in the next few years.

Water-soluble films are widely used, widely marketed, and environmentally friendly, and have received widespread attention from developed countries. For example, Japan, the United States, and France have mass-produced and sold such products, such as the US WTP Company, CCLP Company, France GREENSOL, and Japan Synthetic Chemical Company. Its users are also well-known large companies, such as Bayet (Bayer), Henkel (Shekel), Shell (Shell), a-gr. Eva (Agefo) and other large companies have begun to use water-soluble film packaging products. In China, the water-soluble film market is on the rise. As far as the domestic market is concerned, according to relevant statistics, the annual demand for packaging film accounts for 20% of plastic products, which is about 309,000 tons, even if it accounts for 5% of the market. The amount also reached 15,000 tons. In addition, the main raw material of water-soluble film is polyvinyl alcohol. China is a big raw material producing country, which is very beneficial to the market development of water-soluble packaging film applications, especially the importance of material application and environmental relations, and the integration with international developed countries. The environmental protection requirements for packaging are increasing day by day, so the application prospect of water-soluble film in China must be very broad.